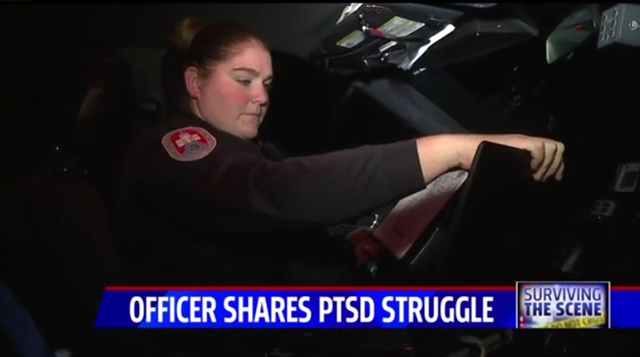 VIDEO: Indiana Officer Tells Story of PTSD that Led Her to Attempt Suicide

Taylor Nielsen laughs as she plays catch with her new pup outside her Boone County home. She's feeling more alive than ever. And that's a miracle, considering Taylor nearly took her own life less than a year ago.

Raised by a father in law enforcement, Taylor grew up wanting to wear the badge too. She enrolled in the Police Academy and got a job with the Lebanon Police Department.

But on the morning of February 17th, 2016, Taylor got a call to a scene that would change her life. A double homicide involving a mother and child at a home in Zionsville, Fox 59 reports.