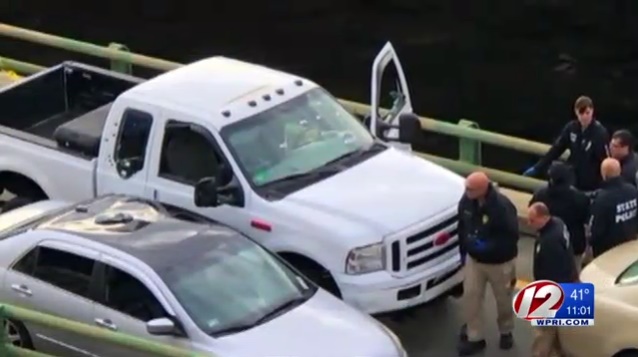 A dramatic car chase through the heart of Providence, RI, on Thursday morning ended in a fatal officer-involved shooting near the Providence Place mall.

A male driver is dead, police confirm, and a female passenger was taken to the hospital with serious injuries after officers opened fire on a pickup truck on the I-95 North on-ramp by the mall. Providence Police Maj. David Lapatin said the woman who was shot is expected to survive. Neither person has been identified.

A witness said moments before the shooting, the driver refused to exit the truck for police and then drove the vehicle into a cruiser, WPRI TV reports.

While it was initially thought the chase involved the same suspect who stole a State Police cruiser around 9 a.m. Thursday, Providence Public Safety Commissioner Steven Paré told reporters later that the chase “was not directly related to theft of the trooper vehicle.”