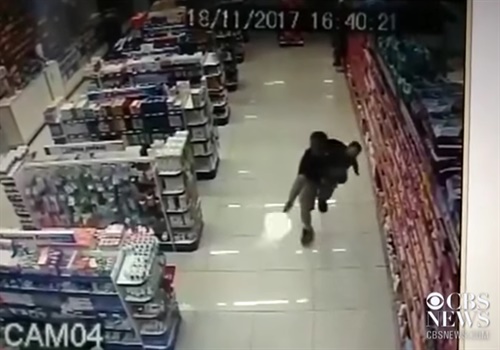 An off-duty military police officer's trip to the pharmacy with his family turned into a deadly shootout in Brazil over the weekend, reports CBS News.

One of the men pointed a gun at Souza, who drew his own weapon, the Independent reported.

Surveillance video shows Souza holding his son with one arm and his gun with the other.

The two suspects, aged 24 and 22, were pronounced dead at the scene, the Independent reported.