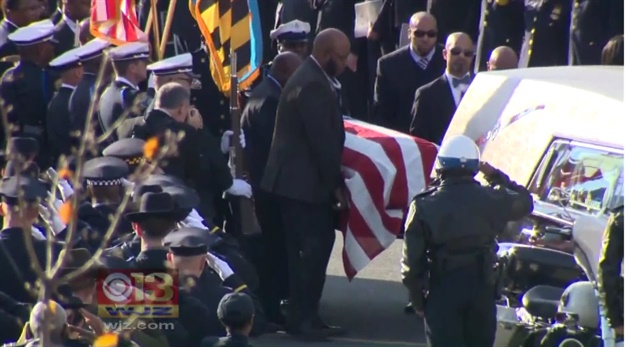 Baltimore detective Sean Suiter was laid to rest Wednesday, just two weeks after he was fatally shot while on the job in west Baltimore.

Law enforcement agencies from along the East Coast, and as far away as Chicago, were at Suiter’s funeral service and procession Wednesday, which was attended by thousands of officers and civilians.

Davis spoke on the lasting legacy left by Suiter after reading through 18 years of performance evaluations for the slain detective.

“Sean was the kind of son, husband, father, police officer, and friend that everyone here strives to be,” Davis said. “Now it’s up to all of us to follow in [Sean’s] footsteps.”