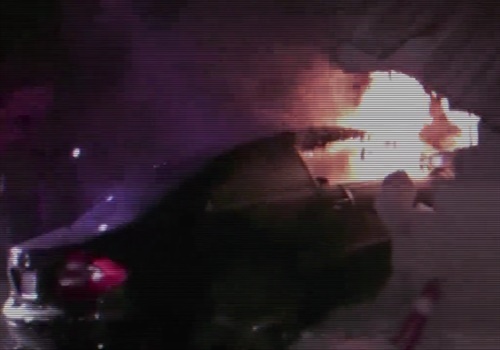 During the early morning hours of May 12, 2016, Los Angeles Sheriff's Deputies Jeremy Carlisle, Zachary Marshall, and Jonathan Schnereger, assigned to the Palmdale Station, saved a man trapped inside of a burning vehicle.

The deputies were responding to a vehicle collision call. All three deputies, with the assistance of a civilian, used their combined strength repeatedly pulling together in unison and finally managed to pull the driver out through the window as the car became engulfed in flames, according to the Los Angeles Sheriff's Department.

In a video the Department posted on Facebook, the deputies tell the story of the rescue that night.

For their selfless actions and placing themselves in immediate peril, the Department has awarded them the Medal of Valor.