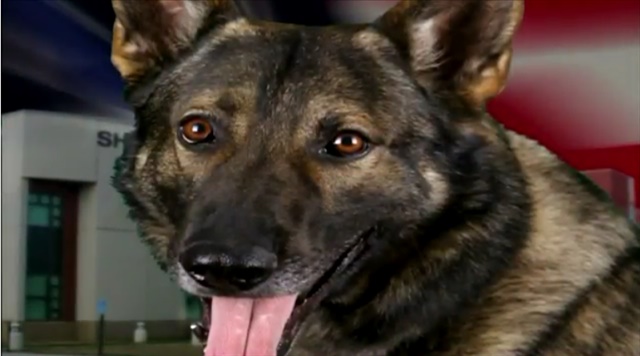 A Missouri K-9 named Champ is recovering after being stabbed in the neck as he was trying to stop a suspected thief – who may only spend a couple weeks in jail.

Champ tracked Zachary Wilbanks, 17, from the Harrisonville Walmart to a field behind a nearby strip mall.

The Cass County Sheriff's deputy handling Champ heard a bark and a yelp. Wilbanks was tracked down a short time later. But as the deputy took a closer look at Champ, he realized he was bleeding heavily, and Champ had a 1.5-inch stab wound to the side of his neck.

In Missouri, assault on a police animal is the same as stealing a library book. It’s a Class C misdemeanor, carrying a maximum of 15 days in jail, KFOR TV reports.

In Kansas, assault on a police animal carries a minimum 30-day jail sentence. In Iowa, you can be sentenced up to 5 years in jail. Federal law protecting police animals allows defendants to be sentenced to up to 10 years behind bars.