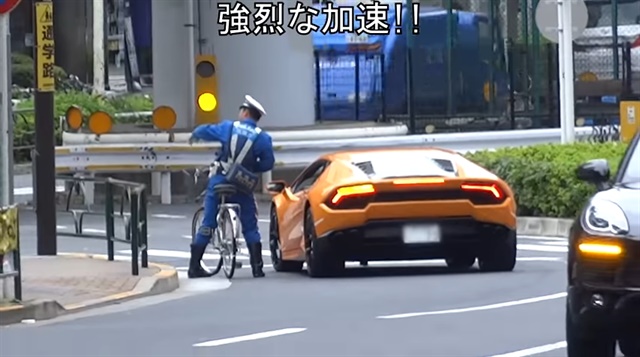 The owner of a Lamborghini Huracán probably wished his car had been less eye-catching after a police officer in Japan spotted him making an illegal turn and caught his Italian exotic after a pursuit using a much more humble vehicle.

The Huracán pulls up to an intersection, with the signal light letting traffic through if its going straight ahead, but instructing cars that are turning left to wait.

However, the driver of the Lamborghini either doesn’t notice the signal, or simply doesn’t care. He continues past the limit line, waits for a break in the stream of pedestrians walking across the crosswalk, and completes his turn, gassing the car enough that its exhaust growls as he accelerates away.

A nearby officer witnessed the whole thing, and quickly gave chase. He caught up with the slowly moving supercar and wrote the driver a ticket, Rocket News reports.