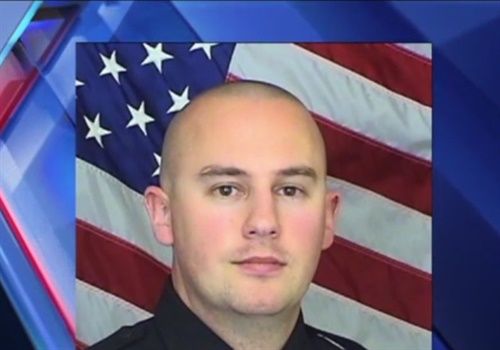 Deputy Zackari Parrish was killed when a suspect opened fire on deputies at an apartment complex during a noise-related call early Sunday morning, the Douglas County Sheriff's Office said.

The sheriff's office said the suspect knew law enforcement was coming and began firing when they arrived, reports KDVR.

Parrish is survived by his wife and two young daughters.

"Zackari was a good kid. A smiley kid. He loved to serve," Douglas County Sheriff Tony Spurlock said. "His wife told me today that he loved this job more than he had loved any job he ever had."

Parrish's friend agreed. "He was just joyous and vibrant about the work he was doing," said Lacey Knight. "He was tremendously excited and in love with his wife and those two girls. They were his whole life," reports the Denver Post.

The deputies who were injured crawled to safety, but could not pull Parrish out of the way, reports KDVR. Parrish was hit multiple times, the sheriff's office said.

Parrish had been with the Douglas Sheriff's Office for seven months. He previously was with the Castle Rock Police Department.

A marine officer with the Fort Meyers (FL) Police Department leaped from his patrol boat to the dock just seconds before another vessel crashed into it.

CBP Air and Marine Operations Intercepts Over 3,600 Pounds of Cocaine

The Mobile (AL) Police Department has added a new asset to its marine unit with the purchase of a new 34-foot police boat dubbed "Guardian."

U.S. law enforcement officials say the first step is for various Joint Terrorism Task Forces — groupings of local police and the FBI — to check in with their Hezbollah sources and with sources in Iran or sympathetic communities. They will want to know whether any Hezbollah-connected individuals who have been investigated previously may need a second look in light of Soleimani's death.

An officer with the Pascagoula (MS) Police Department and his K-9 partner suffered minor injuries on Tuesday night when their patrol vehicle was struck by a suspected DUI driver.