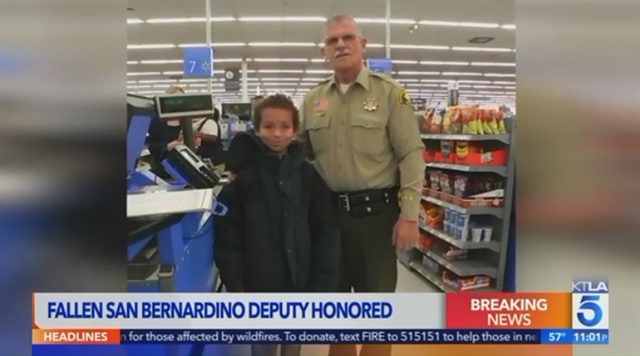 A San Bernardino County sheriff's deputy who was "violently attacked" and severely injured after a traffic collision on New Year's Eve has died, authorities said.

Deputy Lawrence "Larry" Falce, 70, succumbed to his injuries Tuesday night, according to a statement from the Sheriff's Department.

Falce was off-duty when he was involved in a minor crash about 10:50 a.m. Sunday, investigators said. After the crash, both drivers stopped and made contact.

Then, for reasons unknown, the other driver hit the deputy, severely injuring him, according to a San Bernardino Police Department news release. The Sheriff's Employees' Benefit Association, of which Falce was a member, described the assault as "brutal" and said the deputy never regained consciousness after the attack.

A suspect is in custody, KTLA reports.