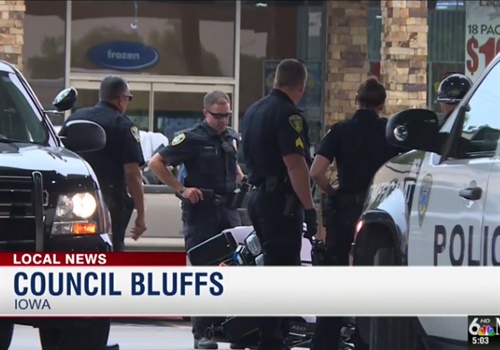 Bluffs Police told WOWT 6 News it started around noon when Officer Mark Archibald noticed a car which had pulled into a Bucky's gas station had expired tags.

The officer parked behind the car and got off his motorcycle. The driver, 30-year-old Jesse Baker of Council Bluffs, noticed Officer Archibald walking toward him, put the car in reverse, hit the motorcycle, and drove off. The officer was able to jump out of the way and was not hurt.

The motorcycle, however, was damaged and was pushed about 30 feet.

Baker left the area at a high rate of speed, causing a crash and escaping on foot before he was captured by police.