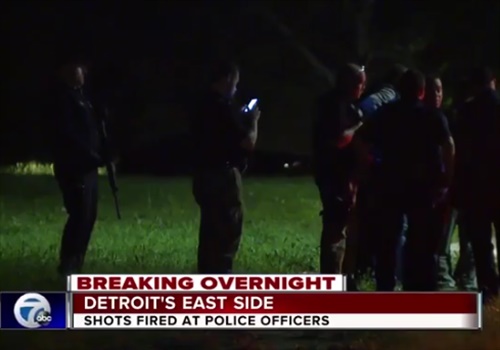 During a press conference to address the attack, Police Chief James Craig said the officers were undercover, not in uniform, and were in an unmarked police car, reports the Detroit News. They were on the lookout for a possible armed robbery suspect when a "cream or light colored vehicle" approached and fired shots at the officers, Craig said.

Craig said the undercover vehicle was struck twice, and police were able to recover gun casings and one firearm at the scene.

Police were dodging bullets and firing back, and at this point, it's unclear how many people were shooting, but one person took off on foot while the others drove off, reports WXYZ.

No officers were injured.