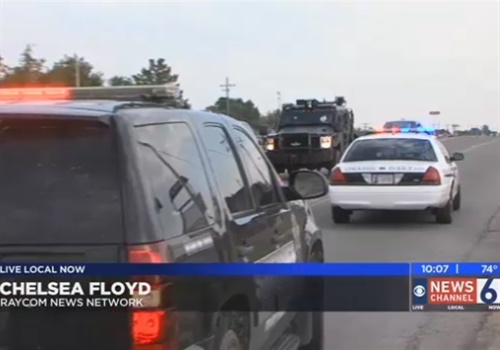 Two Chickasha, OK, police officers were shot while serving a search warrant at a home near East Country Club Road and U.S. 81 in Chickasha Sunday afternoon, and one officer was flown to the hospital.

The shooting suspect, who was also injured, barricaded himself inside the home for several hours, then later surrendered without further incident, reports KAUZ.

One of the two officers, whose names have not been released, remained hospitalized Monday, reports the Oklahoman. The officers' conditions were not available.