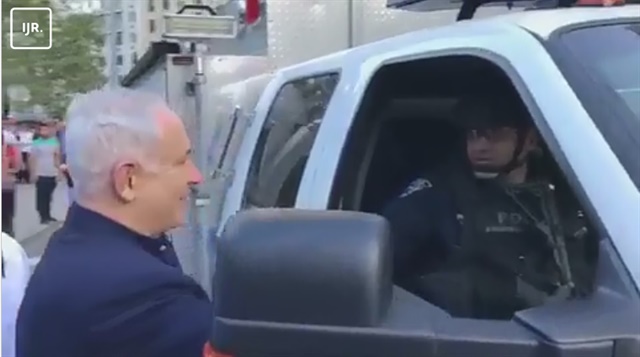 Israel's Prime Minister Bibi Netanyahu was in New York City this week to speak at the United Nations, and while in town, he chatted with New Yorkers on the street and shook hands with NYPD officers.

Netanyahu can be seen in video posted to the Internet stopping to thank police officers. The former Israel Defense Forces captain and special forces team leader even chatted with an officer about his M4 rifle, IJR.com reports.