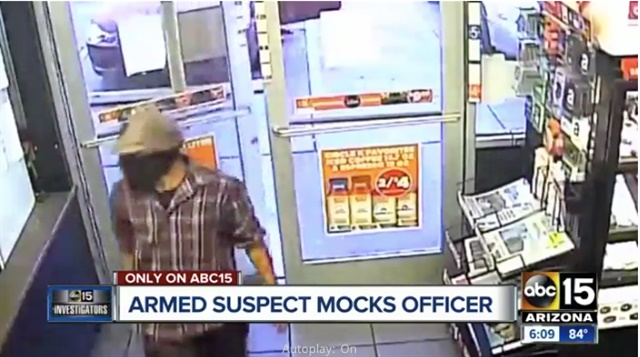 Detectives are investigating an attempted armed robbery at a convenience store where a uniformed Phoenix police officer witnessed the crime but failed to call it in or report it, according to multiple sources.

The August 11th incident was captured on surveillance cameras at the Circle K near 35th Avenue and Thomas Road, ABC 15 reports.

But Howard added that the female officer, who was working at the store in an off-duty capacity, is currently “assigned to an administrative position.”