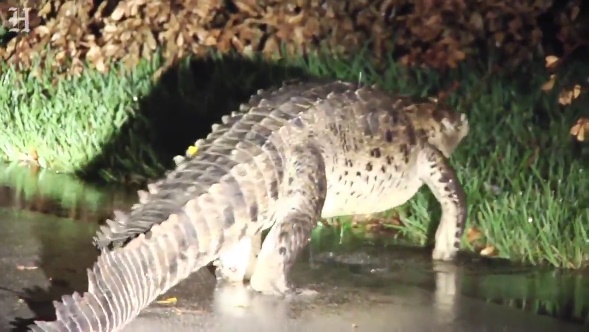 A huge crocodile got a police escort early Tuesday morning as it took a stroll through the streets of Cutler Bay, FL, in Miami-Dade County, reports WSOC-TV.

The reptile strutted its stuff through the rain, beginning around 3:30 a.m., as Cutler Bay police officers closed off nearby streets and called the Florida Fish and Wildlife Conservation Commission for help, the Miami Herald reported.

After determining the visitor was an endangered species, a saltwater crocodile, officials let it meander on until it found a lake to slide into.