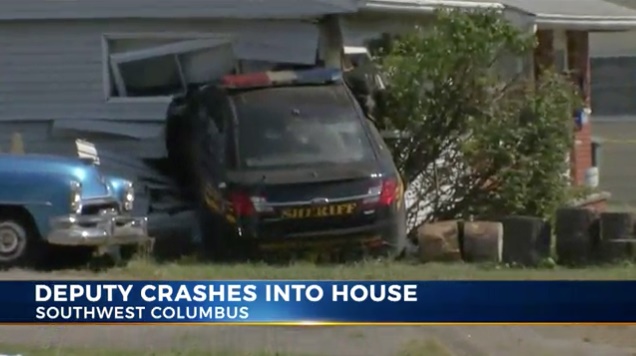 A Franklin County (OH) Sheriff’s Deputy was injured when he crashed his patrol car into a home in west Columbus Tuesday.

Public Information Officer for the Franklin County Sheriff’s Office Marc Gofstein said the deputy was driving with both the lights and siren activated on a call to help another deputy and attempted to pass another motorist.

“The civilian car did not pull over but instead began to make a left turn as the cruisers were attempting to pass,” Gofstein told NBC4.

The cruiser struck the other car, veered to the left and then crashed into the side of a house.

The other driver was able to walk away from the accident. The deputy was transported to the hospital in stable condition.