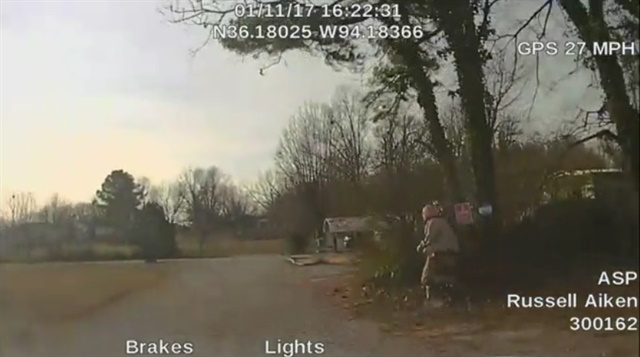 VIDEO: Arkansas Trooper Allegedly Mistook LT for Suspect, Ran Over Him During Pursuit

An Arkansas State Trooper allegedly mistook a fellow trooper for a suspect and then intentionally ran him over.

Trooper Alan Aiken was rushing through traffic on his way to a police scene on January 11, 2017 before he struck Arkansas State Lieutenant John Overman. Overman is now filing an official complaint for life long injuries, reports Arkansas State Police.

The injured Overman believes Aiken saw him running in street clothes, mistook him for being a suspect, and intentionally used his vehicle to take him down. But it wasn’t a suspect. And the vehicle rolled over Overman’s legs, KTVU TV reports.