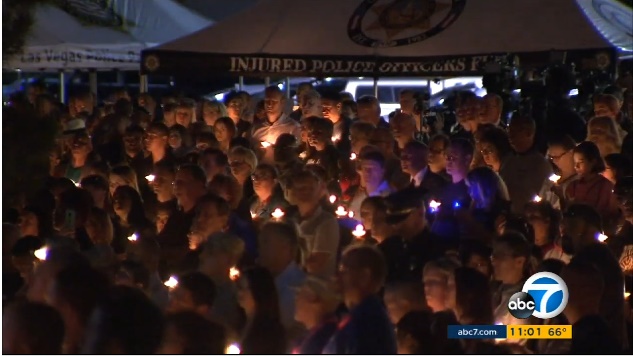 Thousands of people in Las Vegas attended a public service to honor the life of a hero who lost his life during the mass shooting at a country concert along the strip.

Charleston Hartfield served in the U.S. Army and was a Las Vegas Metropolitan police officer.

"If there's a checklist to be an American, Charlie hit every single box and then made up some boxes," Sgt. Ryan Fryman said.

Hartfield was off-duty when bullets started to fly at the Route 91 Harvest Festival. While helping others, he was killed in the gunfire, ABC7 reports.