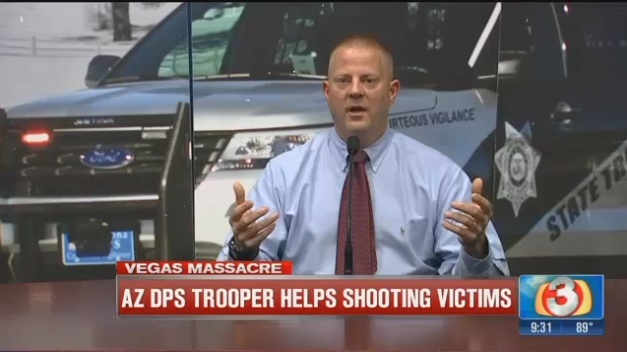 An Arizona DPS trooper is being praised for his response during the Las Vegas massacre.

On Thursday, he spoke out at a news briefing about his actions on that night. And as for his life-saving efforts? He was just doing his job.

While en route to the shooting site, Sgt. Haywood came across a pickup truck in the emergency lane of northbound I-15, where he found four people, two of them injured in the bed of the pickup.

He was able to flag down a NHP trooper and an ambulance. The paramedics were able to conduct triage on the patients.