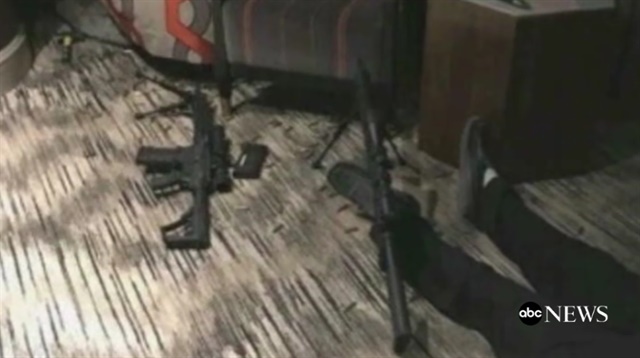 An unarmed security guard at Las Vegas' Mandalay Bay Resort and Casino was the first to take on gunman Stephen Paddock, getting shot in the process, but providing crucial help for police looking to stop the massacre.

The security guard, identified as Jesus Campos by the International Union, Security, Police and Fire Professionals of America, was shot in the leg after Paddock fired at him through a door, police said.

Police said Paddock managed to fire off over 200 rounds as the security guard approached the suspect's room alone. But the guard managed to direct police to the exact location of Paddock's suite and even provided a hotel key to officers looking to clear rooms on the 32nd floor before they insisted he get medical attention.

The guard who found the shooter and helped bring the massacre to an end said, "I was just doing my job."

Campos provided information over the phone that helped authorities locate the 32nd-floor room that Paddock was firing from, a spokesperson for the union told ABC News.