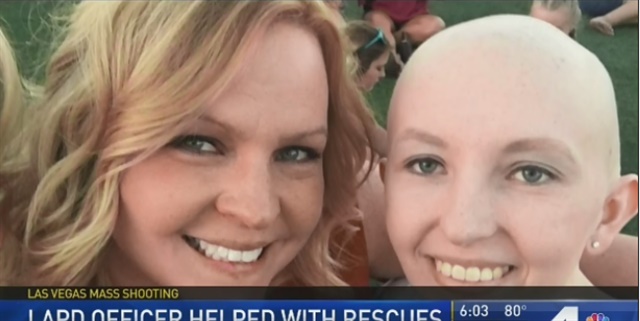 As chaos unfolded during the mass shooting in Las Vegas, Cassidy Huff was completely exhausted. Coming off of chemotherapy for cancer, she simply could not run anymore as she tried to flee gunfire.

The 20-year-old collapsed behind a car. That's when Mitchell Tosti appeared.

Tosti is a Los Angeles police officer who was in Las Vegas off-duty at the time, NBC4 reports.