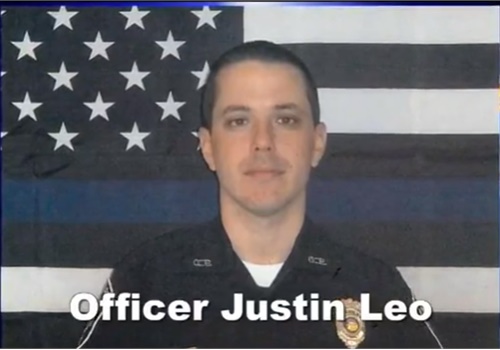 Girard, OH, police Officer Justin Leo, 31, was shot late Saturday night responding to a domestic and later died at the hospital. The suspect has been shot and killed, reports WKBN.

Ohio Bureau of Criminal Investigation Special Agent James Ciotti said two Girard police officers were called to the 400 block of Indiana Ave. just after 10 p.m. for what he calls a domestic related incident.

According to Ciotti, everything seemed fine when the officers arrived, but as they were standing by the front door, the suspect opened fire and shot Leo. The other officer then shot and killed the suspect in response.

Officer Leo dropped to the ground almost immediately after being shot. He was taken to St. Elizabeth Hospital in Youngstown for surgery, but later died at the hospital.

Officials are not releasing the name of the suspect until his family has been notified of his death. They are still investigating if there was a motive.