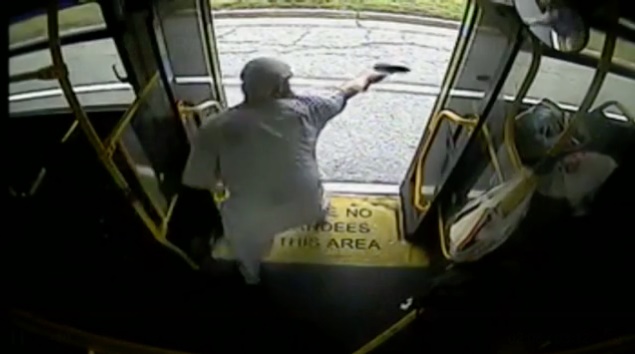 Stunning new video captures a deadly shootout between a Baltimore County police officer and a suspect with a gun on a city bus on June 7. Investigators have cleared the officers involved, ruling it a “justified shooting”.

The video was captured from security cameras inside the MTA bus and from the body camera worn by one of the four officers who shot at Blaine Robert Erb.

The footage shows police racing to the scene in Dundalk earlier this month, as a suspect walked out of a city bus with a gun in each hand.

The video captures the sequence of events, from the first shots fired to the fatal shooting of Erb, and the rush to help a wounded officer, WKRG TV reports.

Erb, 35, allegedly robbed two people in the parking lot of a local store before hopping on a city bus to escape the area.