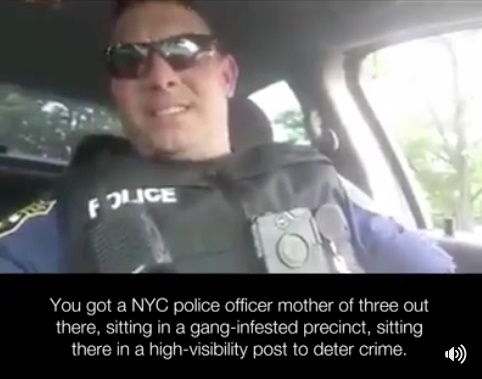 A police officer has posted an angry video on the Facebook page of the Media Research Center asking why no celebrities or activists have expressed outrage at the murder of NYPD Officer Miosotis Familia.

Familia, a mother of three and a veteran NYPD officer, was filling out a report last week when she was shot and killed by a gunman who targeted her just for being a uniformed officer. The suspect was killed by return fire from other officers.