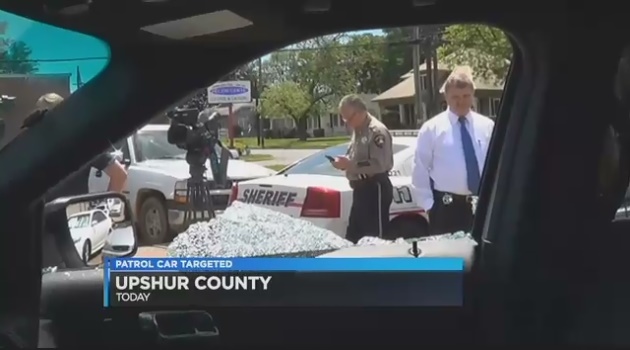 Shots were fired into the Diana, TX, home of an Upshur County Sheriff's deputy and into her take-home patrol vehicle Saturday night. Some of the rounds fired into the home impacted near the deputy's child.

According to a sheriff's office release, one round entered the home and lodged in the clothing that was worn by the deputy’s child. The child was not injured. Another round struck the chair that the child was seated in as he played video games near the front window.

The sheriff's office said, "Due to the amount of damage done to the patrol car, investigators are looking into the likelihood of retaliation motive on the part of persons having interaction with the Upshur County Sheriff’s Office or one of its deputies."

"It saddens me that this has occurred in this county and has targeted your law enforcement agency and our front line deputies," Sheriff Larry Webb said. "I know that the citizens will stand with us so that the persons who did this are brought to justice. This cannot and will not be tolerated.

"In addition to the impact on the targeted deputy and family members, this kind of act requires agency resources that could better be spent on the protection of our country’s residents and taxpayers. In short, we are all affected by this act."

Witnesses observed that the shooters were in a brown or tan passenger car. The car left west on FM Road 3245 going toward Highway 259.