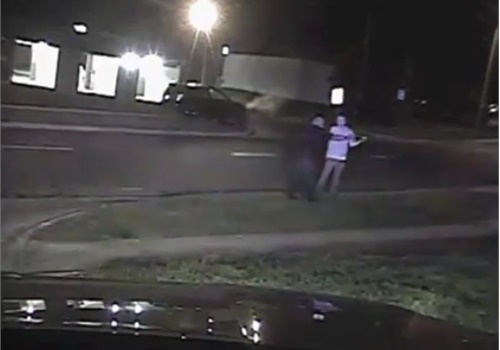 A 34-year-old man was charged Tuesday with threatening an Overland Park, KS, police sergeant with a gun, reports the Kansas City Star.

Bradley Don Poland was charged in Johnson County District Court with aggravated assault and battery on a law enforcement officer. His bond was set at $250,000.

The sergeant suffered minor injuries in the incident, which began when he pulled over a car that was driving without headlights and driving the wrong way on 103rd Street around 12:45 a.m. Tuesday, according to police.