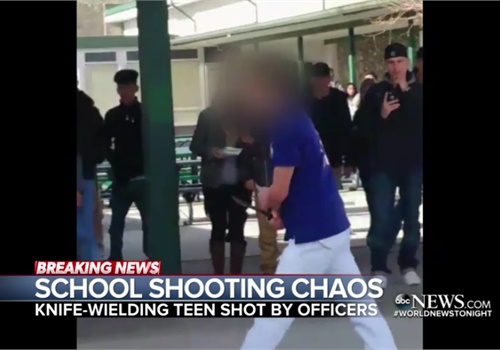 A Nevada high school student who was shot by a resource officer Wednesday was armed with at least one knife and was threatening others, which prompted the officer to raise his weapon, police said.

At a press conference Wednesday night, Reno police said the unidentified student at Hug High School was given a warning to drop the knife, but he did not comply. The Washoe County school officer then shot the teen, who is reportedly 14 years old.

Police said the officer provided medical aid to the student until emergency responders arrived. He was then transported to a local hospital, where he is currently in critical condition, reports ABC News.