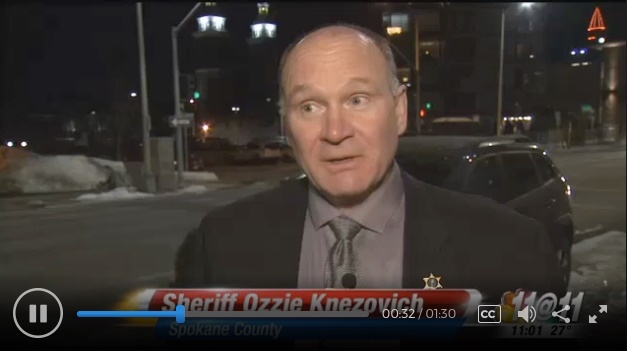 Spokane County (WA) Sheriff Ozzie Knezovich was flabbergasted Saturday night when he says he tried to enter the Spokane Chiefs game at Spokane Arena to promote a charity hockey game and wasn't allowed inside.

The sheriff told KHQ TV he is always on duty, so he always carries his gun with him. But when he tried getting into the Spokane Arena Saturday, he was told by the security that he would have to take off his gun and leave it in his car because of a policy they have in place.

"I can understand if we are off duty, if there's liquor being sold there, I can understand that. But when you are on duty and representing the county at an event, I've just never heard anything like this," Sheriff Knezovich said, " Many, many of the active shooter type situations that happen in this nation have been stopped by off duty police officers carrying their weapons."