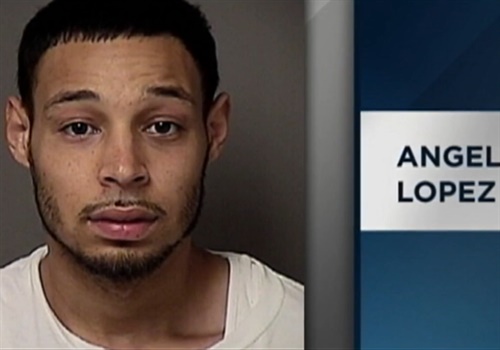 A 28-year-old gang member shot a deputy early Sunday at a nightclub at Old Town USA, according to the Osceola County (FL) Sheriff's Office.

Deputies who were patrolling the popular shopping and dining district near Kissimmee were sent to the Sun on the Beach nightclub shortly before 1:45 a.m. to help break up a fight, Sheriff's Office spokeswoman Twis Lizasuain said.

Once all of the people involved in the fight had been separated, Deputy John Rios followed Angel Manuel Lopez out of the bar after overhearing that he was armed, Lizasuain said.

"As Deputy Rios was attempting to detain Lopez, a brief struggle ensued," she said. "And Lopez discharged his weapon, which struck the deputy in his leg."

Rios was taken to a nearby hospital with injuries that weren't life-threatening. He has since been released, reports WFTV.

Lopez, who deputies described as a documented gang member with an extensive criminal history, was booked into the Osceola County Jail on multiple charges including attempted murder and could face additional charges.