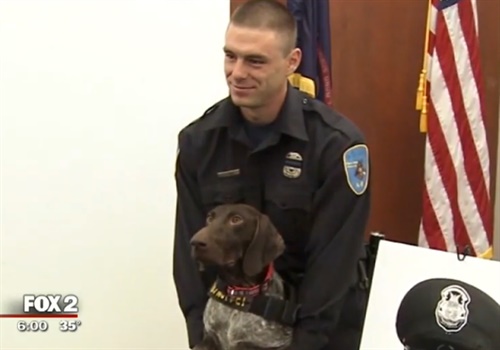 A Wayne State University police officer who was shot while on patrol near campus in Detroit has died, according to Wayne State Police Chief Anthony Holt.

Officer Collin Rose was surrounded by friends, family, and more than 150 other police officers when he died at 5:30 Wednesday at Detroit Receiving Hospital, reports KTVU. Rose had been on life support following surgery late last night. He had been in critical condition since he was shot on the job at about 6:45 p.m. Tuesday.

Rose, originally from the Kalamazoo area, was a 5-year veteran and worked as a K-9 handler. Chief Anthony Holt said Rose is one of the best K-9 handlers not only in the state, but probably in the country.