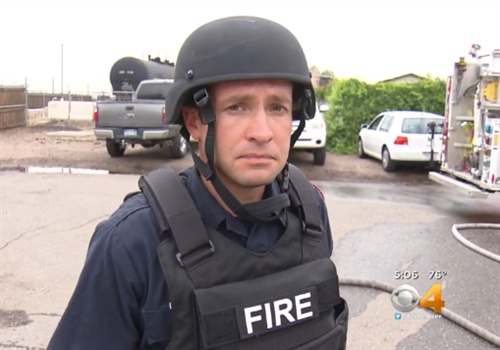 When first responders in Denver are called to an active shooting scene, police officers and SWAT teams are no longer the only ones wearing bullet-resistant gear, reports KCNC.

Denver firefighters are now outfitted with Kevlar vests and helmets so they, too, are protected from gunfire on scene.

"The front plate and the rear plate are designed to stop a high-powered round," Captain Jeff Linville with the Denver Fire Department said of the vests. "You have to keep in mind that police, their job is to go in and find the shooter. Our job as EMTs is to potentially save victims that are potentially down."

Last Tuesday, the new equipment was put to use when police got a call for an "active shooter" at the Alliance Center downtown. Police entered the building first, followed by Denver firefighters who were escorted by armed officers.

"The members did exactly what they're trained to do," Linville said.

The bullet-proof equipment went into service about a month ago, Linville said, following six months of training with police and SWAT. Linville said training will be ongoing for the department.