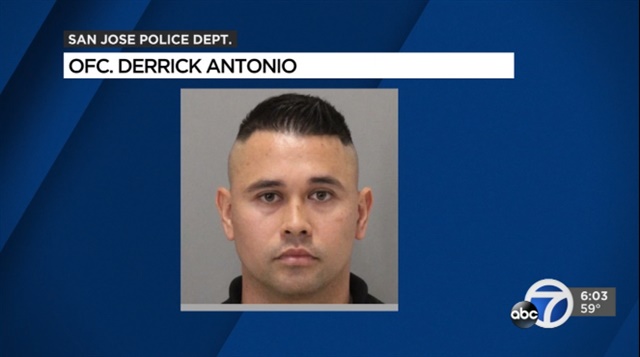 A San Jose, CA, police sweep of a local gang called the "Gang of Thrones" resulted in nearly two dozen arrests, including a member of the police department, who is accused of sharing police intel with the gang.

Multiple agencies are involved with this case. The officer arrested, Derrick Antonio, is on paid administrative leave. He is a 9.5-year veteran of the San Jose Police Department.

"His acts were deplorable and in no way represent the character of the remaining members of this department who, under extraordinary circumstances, protect and serve this city with great honor," Chief Eddie Garcia told ABC7.