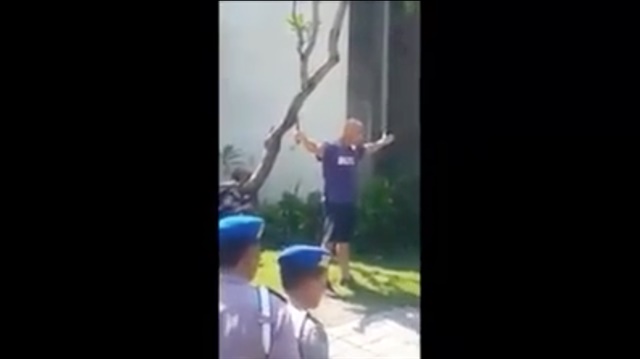 Amokrane Sabet, a onetime mixed martial artist, was shot to death by Indonesian police on Sunday after fatally stabbing an officer.

The 49-year-old French national was set to be arrested due to mounting complaints over his erratic behavior toward business owners in the coastal village of Canggu, where he had lived for approximately two years. However, when police arrived at his home, Sabet produced a knife and stabbed to death 39-year-old officer Anak Agung Putu Sudi, Sherdog.com reports.

Bali Police Chief Inspector General Sugeng Priyanto told local media that warning shots were fired and ignored before officers were ultimately forced to shoot Sabet. Approximately 15 shots can be heard in disturbing videos of the incident posted to YouTube on Monday.