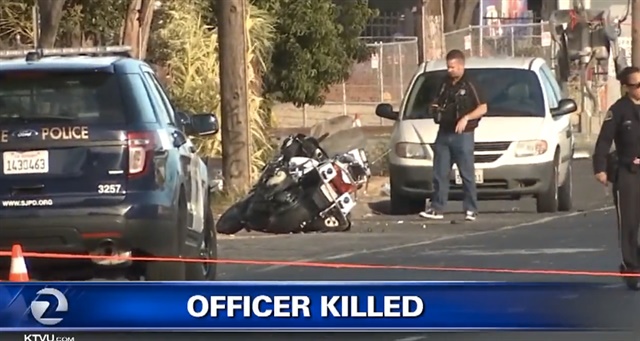 A San Jose, CA, police officer died in the line of duty in a motorcycle crash on Tuesday, the chief of police announced.

Chief Eddie Garcia said Officer Michael Katherman, 34, an 11-year veteran, husband and father of two, was riding his motorcycle in full uniform when the head-on collision with a silver minivan occurred.

The crash happened at around 4:22 p.m.. on North 10th Street near the intersection of Horning Street, reports KTVU TV.