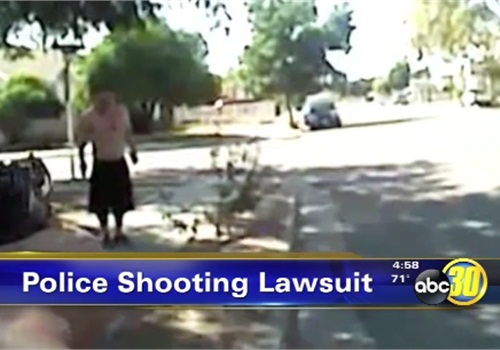 Body-worn camera footage released Thursday by the Fresno Police Department shows officers shooting 40-year-old Freddy Centeno in September after the man drew a black hose nozzle from his pocket. Centeno, a reportedly mentally disabled man, died nearly a month later, and his family has filed a lawsuit against the Fresno PD and the officers involved.

Fresno Police Chief Jerry Dyer walked reporters through the video footage, explaining why the shooting of Centeno was justified and defending the actions of his officers.

Dyer also played the 911 call which first alerted police to Centeno in which a woman says he came to her door, pulled a gun and claimed he was a federal agent, ABC 30 reports.