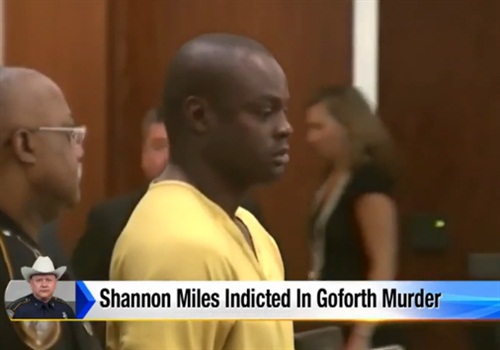 Authorities have called Goforth's shooting an unprovoked, execution-style ambush. Miles is being held without bond.

"The shooter in this case didn't see black, he didn't see white. He saw blue," KPRC 2 legal analyst Brian Wice said. "That's what this case is about. In another year, the DA's office is going to ask 12 Harris County citizens to probably ask this defendant to pay with his life for this execution."