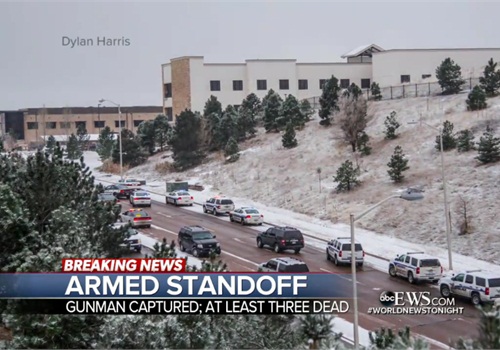 Federal law enforcement sources and a local official have told ABC News that the suspect has been identified as Robert Lewis Dear, 57. According to his booking sheet, Dear will be in court Monday and is being held without bond.

The motive behind the shooting is unknown, ABC News reports.

The deceased officer was on the University of Colorado, Colorado Springs (UCCS) police department. In a statement released by the university, the officer has been identified as Garrett Swasey, 44. It added that Swasey, who was with the UCCS police department for six years, was killed in the line of duty.