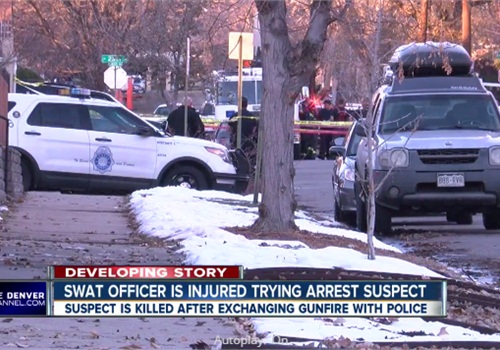 A Denver SWAT officer was seriously hurt in a shooting while attempting to arrest a fugitive near Sloan's Lake Wednesday afternoon. The suspect involved was killed.

Police were trying to apprehend a fugitive when a shootout occurred at West 26th Avenue and Ocseloa Street, near the Sloan's Lake neighborhood, around 3:30 p.m.

A source close to this investigation told Denver7 that the officer was hit in the leg. Initially, police said his injuries were critical but later upgraded it to serious.

The officer, a 15-year veteran, underwent surgery and is expected to make a full recovery, ABC 7 reports.