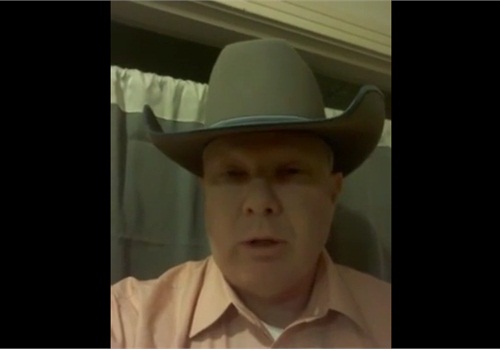 A Texas police chief who warns President Barack Obama in a social media video that trying to disarm Americans would "cause a revolution in this country" is the latest law enforcement official to urge citizens to arm themselves in the wake of mass shootings, reports the Associated Press.

Randy Kennedy, longtime chief in the small East Texas town of Hughes Springs, about 120 miles east of Dallas, says in the video posted this week on his personal Facebook page that the Second Amendment was established to protect people from criminals and "terrorists and radical ideology."

"It's also there to protect us against a government that has overreached its power," Kennedy says in the video. "You are not our potentate, sir. You are our servant."

He warned people in his town to prepare themselves: "Be ready when the wolf comes to the door, because it's on its way."