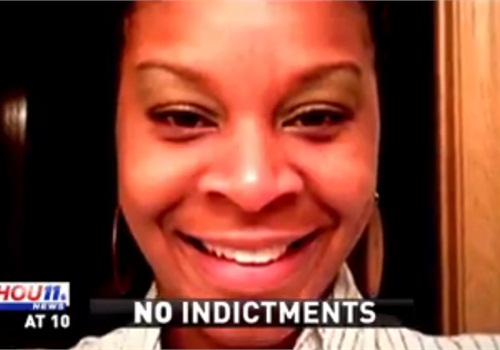 After listening to reams of evidence in three lengthy sessions, the grand jury decided not to indict anyone in Sandra Bland’s death, nor any of the employees at the Waller County Jail, where she died in custody back in July. The medical examiner ruled it a suicide, saying she hanged herself in her cell.

“There are other issues that the grand jury is still considering,” said Jordan.

That includes potential charges against the DPS trooper who pulled Bland over, in a traffic stop that escalated and landed Bland in jail. The grand jury will reconvene in January to consider whether to bring other charges, KHOU TV reports.