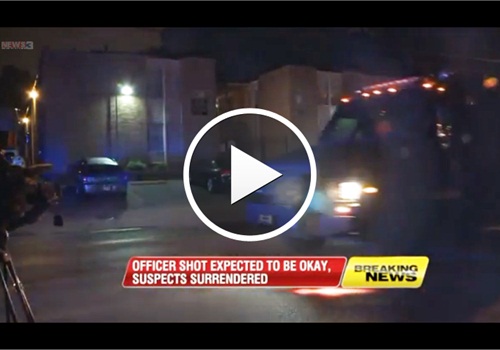 Three people have been charged in the shooting of a Memphis Police officer, reports WREG.

The Organized Crime Unit officer, who was shot in the chest Wednesday night while serving a warrant, has been released from the hospital. He was wearing a ballistic vest.

Dennis Murphy, 39, has been charged with attempted first degree murder, aggravated assault, possession of a controlled substance with intent to distribute, using a gun during a felony, and being a felon in possession of a handgun.

Alan Sullivan, 40, and Gwendoly Gordon, 32, have both been charged with attempted first degree murder and aggravated assault.

The three people charged were arrested after an hours-long barricade situation after the shooting.