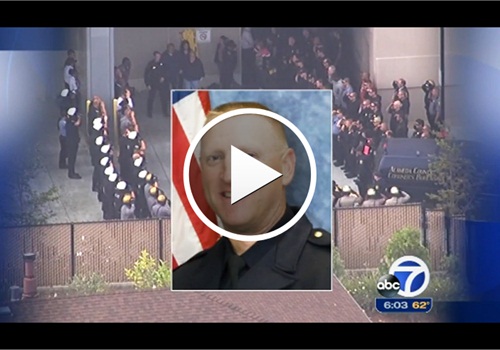 A clearly emotional Hayward Police Chief Diane Urban spoke of the tremendous loss her department has suffered in the 48-year-old Brentwood resident's death. And she confirmed that an arrest has been made in the sergeant's murder.

"There really isn't a whole lot of good news to share, other than that we have made an arrest," she said. "We do have a suspect in custody. Mark Anthony Estrada. He turned 21 years old just four days ago."

Estrada is being treated at Highland Hospital in Oakland for wounds suffered in the overnight gun battle.

"There is no why," said Chief Urban. "It's an absolutely senseless murder."