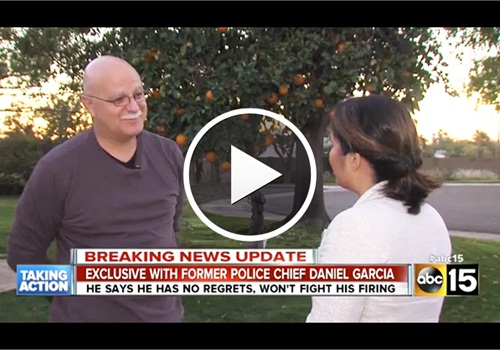 Now-former Phoenix Police Chief Daniel Garcia continued to be defiant following Thursday's announcement that he had been relieved of his duties .

In a one-on-one interview with ABC15, Garcia spoke out about why he felt the need to hold a press conference that resulted in his dismissal.

"I thought it was important for the citizens of Phoenix to understand that we can't allow union boards to run police organizations. I wanted them to have a voice, but ultimately, the buck stops with me."

Garcia and the unions have butted heads since he was hired in 2012.  Unions representing Phoenix police officers sought a vote of no confidence in Garcia last month, alleging the chief had lost credibility with the officers in his charge.