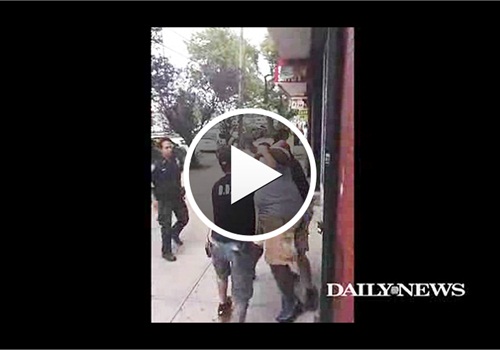 A 400-pound asthmatic Staten Island dad died Thursday after a cop put him in a chokehold and other officers appeared to slam his head against the sidewalk, video of the incident shows.

"I can’t breathe! I can’t breathe!" Eric Garner, 43, repeatedly screamed after at least five NYPD officers took him down in front of a Tompkinsville beauty supply store when he balked at being handcuffed.

Within moments Garner, a married father of six children with two grandchildren, stopped struggling and appeared to be unconscious as police called paramedics to the scene. An angry crowd gathered, some recording with smartphones.

"When I kissed my husband this morning, I never thought it would be for the last time," Garner’s wife, Esaw, told the Daily News.