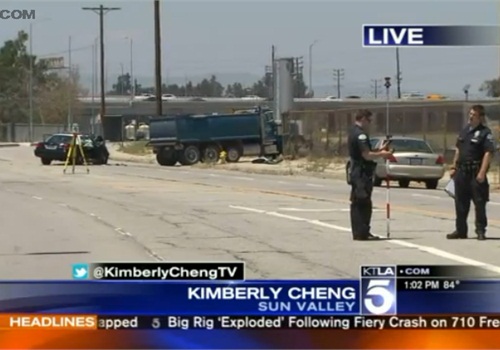 Two Los Angeles Schools police officers were rushed to the hospital after colliding with a dump truck in Sun Valley on Friday. Police authorities are reporting the officers' injuries are serious, but not life-threatening. The investigation into the crash is on-going.

KTLA reports on the collision.

The two officers were responding to an assistance call when the crash occurred, investigators said. The officers were initially listed in critical condition, L.A. school police Chief Steven Zipperman stated in a tweet. Their conditions were later upgraded to stable, according to LAPD Officer Joel Morales.