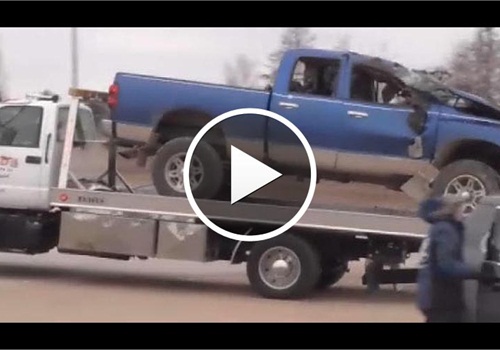 A Maquoketa, Iowa, police officer was shot during a traffic stop this morning.

Authorities told the Dubuque Telegraph Herald the officer's injuries were not life-threatening, and he was taken to Jackson County Regional Health Center. His name has not been released.

The officer was shot by a rifle-wielding suspect during a traffic stop about 2:50 a.m. today. The officer returned fire.

The shooting suspect--identified as Aaron Edward Scott, 30, of Wyoming--then led Maquoketa and Clinton, Iowa, officers, as well as Jones County deputies and Iowa State Patrol troopers on a high-speed chase through Maquoketa, along U.S. 61 and Iowa 136.

The suspect was found dead in his overturned pickup truck near Lost Nation not long after the shooting and a high speed chase into Clinton County.