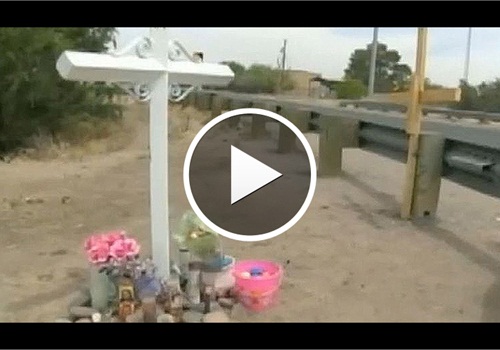 An on-board event data recorder shows a New Mexico sheriff's deputy was driving 114 mph when she struck and killed a pedestrian, reports KHON2 News. Prosecutors are recommending that Dep. Eden Terrazas of the Dona Ana County (N.M.) Sheriff's Office be charged with vehicular homicide in the death of Natividad Nunez on April 1, 2014.

Kelly Jameson with the sheriff’s office says deputies follow pursuit policies when responding to emergencies, but says this was not a pursuit situation.

"This situation that occurred on April 1st was not a pursuit situation and the deputy was responsible for following the training she received in the academy,"Jameson said.

Terrazas was following the vehicle of another deputy during the pursuit, whose level of responsibility in the incident is also being investigated, reports the Las Cruces Sun-News. Terrazas is currently on administrative duty.