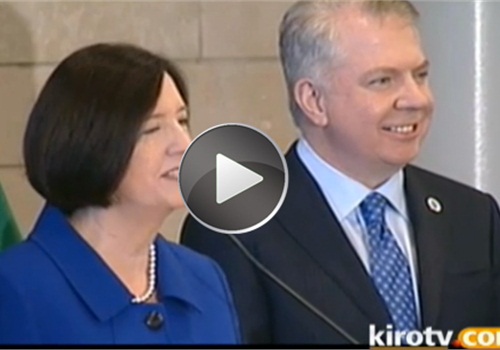 KIRO-TV reports O'Toole was announced by the mayor Monday morning as a replacement for Interim Chief Harry Bailey. She still needs to be confirmed by the City Council, and that process is expected to take weeks.