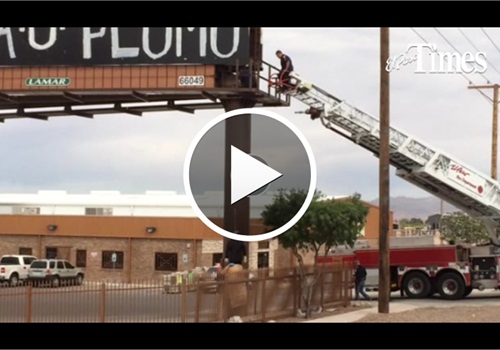 Both billboards had mannequins dressed in suits hanging by a noose with messages written in white paint on the billboards.

It is unknown who placed the messages or for whom they were intended.

"This symbol (plata or plomo) has historically been used by Mexican drug cartels to threaten or intimidate Mexican citizens, business owners and government officials. However, we have never experienced this in El Paso," Sgt. Chris Mears, a spokesman for the El Paso Police Department, told the El Paso Times. He went on to say, "The investigation is on-going, but we do not have any information to suggest this was done to target any individual person or business at this time."