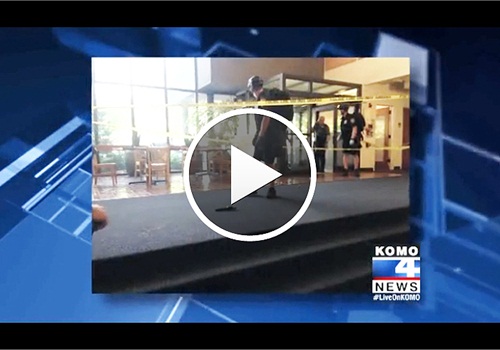 Thursday night when a man with a shotgun walked into a building on the Seattle Pacific University campus, then shot three people, fatally wounding one, a quick-thinking student volunteer security guard decided to take action.

According to KOMO TV, engineering student Jon Meis reportedly saw that the gunman was reloading and went on the offense. Meis who carries pepper spray as part of his duties, sprayed the gunman in the face and disarmed him. Other student helped Meis subdue the man and held him for police.

The suspect, Aaron Ybarra, 26, of Mountlake Terrace, Wash., was booked in the King County Jail for investigation of murder, police said.

Police told 13 Fox TV that Ybarra is not a student at the school.  “So far, police have not found any connection between the suspect, Seattle Pacific University or any of the victims,” a police news release said.